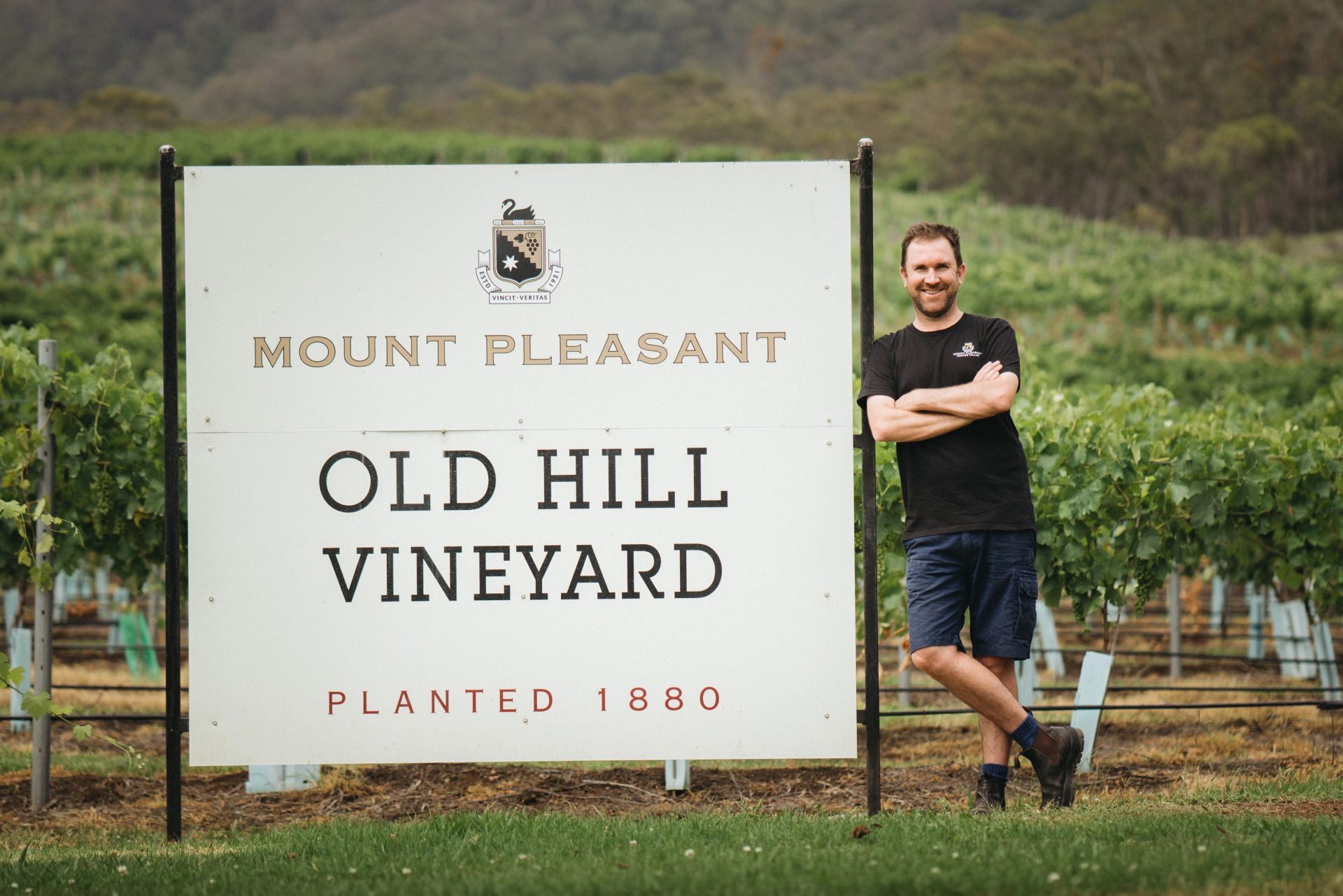 Winemaking was a natural calling for Adrian ‘Sparksy’ Sparks. He carries the experience of over 20 vintages and is a highly respected and acclaimed Australian winemaker. Although Adrian has always had a keen interest in the terroir the Hunter valley provides, he has travelled extensively throughout the wine regions of Europe and North America, coupled with vintages in Southern France. These experiences forged his appreciation of the industry, and the unique interplay that art and science provide, to create wine that illustrates a true sense of place.

Drawn to the McWilliam’s philosophy in winemaking and reputable history, Adrian began working with the family owned brand in 1998 at the old Yenda site just outside of Griffith. Following a blending exercise held at Mount Pleasant in 2012, Adrian gained a deep appreciation for the wines that came from the Rosehill vineyard. From then, it was his goal to move to Mount Pleasant to work and understand what makes this Vineyard so special, coming to fruition in 2014 when he started at Mount Pleasant. In 2018, he was promoted to the position of Chief Winemaker at Mount Pleasant. He is the 5th person to hold the post in Mount Pleasant’s 98 year history, following in the footsteps of legendary winemaker, Maurice O’Shea.

His holistic approach to quality over the years has resulted in many accolades, starting when his 2005 Lillydale Estate Chardonnay – a wine that he says is one of his proudest achievements – claimed the Trophy for Best Table Wine of Show at the 2006 Vintage Cellars National Wine Show.

He continued to be humbled by his achievements in 2012 and 2013, which saw Adrian’s wines collect many significant awards including: 2013 NSW Wine of the year for the 2012 Armchair Critic Chardonnay, Brisbane Wine Show with the Best Pinot Noir of Show with his 2012 Last Horizon Pinot Noir, and also at the 2013 Melbourne Wine Show with the Best Young Dry White Table Wine of Show for his 2012 Tightrope Walker Chardonnay. Since then he has continued to collect additional milestone achievements winning 5 trophies at the 2018 Hunter Valley Wine show, including Best Red Wine of Show, for his 2017 1880 Vines Old Hill Shiraz and the 2018 NSW Wine Of the Year for the 2017 Old Paddock & Old Hill Shiraz at the NSW Wine Awards.

Sparksy learned early that the secret to winemaking success was to put in the hard yards, to not be afraid of experimentation and to have a strong focus on quality. It’s this unique sensibility and approach to the winemaking process, that sets his wines apart. It has also led him to represent the McWilliam’s Wines Group in the Len Evans Tutorial – Australia’s premier education program for wine industry professionals.

Wine after wine, year after year, Adrian has established himself as a true artist of winemaking, who excels in shaping his wines into something truly special. Accompanied by his enthusiasm, wit and terrible jokes, the McWilliam’s family is proud to have him leading our team of spirited professionals as the Chief Winemaker and General Manager of Mount Pleasant Wines.